In the film Manhattan (1979) a slightly depressed, but existentially highly anxious Isaac Davis (played by Woody Allen) feels obliged to figure out the meaning of his life. Is life really worth living, he ponders? After a short moment of desperation, his answer is… yes! The movie character Groucho Marx; the baseball player Willie Mays; the second movement of the Jupiter Symphony by W.A. Mozart; jazz trumpeter Louis Armstrong’s recording of Potato-Head Blues; Ingmar Bergman’s movies; the novel Sentimental Education by Gustave Flaubert; Marlon Brando and Frank Sinatra; apples and pears painted by Paul Cézanne; the crabs at Sam Wo’s restaurant; and, of course, the female actress’ Tracy’s face (played by Mariel Hemingway). And the list goes on…

Many of us might not think this question through analytically and in such a detailed manner. For many, one or two things would really be enough – if only they really do matter most in life.

So, what gives meaning to your life? In case you would like to look at our ‘checklist’, press. But, do take your time to think about it.

I do volunteer work, like…………….., that gives me meaning in having a chance to help others.

Life without a pet at home; or animals in the nature to watch and observe; is just a pretense! If so, why is it so?

something like what John Cage recited about “his” aunt Marge, who loved to do the laundry and ‘loved this washing machine much more than her husband Walter’.

Isaac Davis reflecting the meaning of his life... opportunities to influence his or her own life,

optimism and sense of being in control of his or her own life,

Positive mental health can be understood as various levels of emotional (feelings), psychological (positive actions), social (relationships with others and society), physical (physical health and fitness) and spiritual (the sense that life has a meaning) wellbeing.

Salutogenesis as an alternative response to dealing with illness

Over the past two decades researchers have increasingly paid attention to potential protective factors or resistance factors that protect individuals in the face of stressful circumstances instead of focusing only on possible pathogenic contributors of illness. (Geyer 1997)

The salutogenic paradigm arouse as an alternative response to dealing with illness in individuals. The paradigm as a whole suggests that instead of focusing on illness and disease there should be a focus on that which promotes wellness. The salutogenic paradigm falls within the larger paradigm of positive psychology and is a preventative model as opposed to being a disease model.

Aron Antonowsky (1923-1994), the late sociology professor, is recognized for his contribution to this field as the founder of the term salutogenesis and his development work with the theory of salutogenesis, sense of coherence and general resistance resources (Antonowsky 1987).

Sense of coherence is the way that individuals tend to make sense of the world and it is comprised of three facets, namely Comprehensibility, Manageability and Meaningfulness. Comprehensibility refers to the way people perceive information as structured, ordered, consistent and clear instead of opposite of these. Manageability is thus defined as the extent to which one perceives that they have the available resources at their disposal to meet any situation’s demands. Antonowsky describes Meaningfulness as the way individuals go about identifying life events and circumstances as important. That means for example things people care for or that makes most sense to them both cognitively and emotionally.

You can read more from:

Ann Marie Kerr Hutchinson: Meaning in life and sense of coherence as predictors of coping among young adults. Dissertation in Psychology in the Faculty of Humanities, at University of Johannesburg, 2005.

Reflect your own story in relation to definitions of ‘positive mental health’ above. 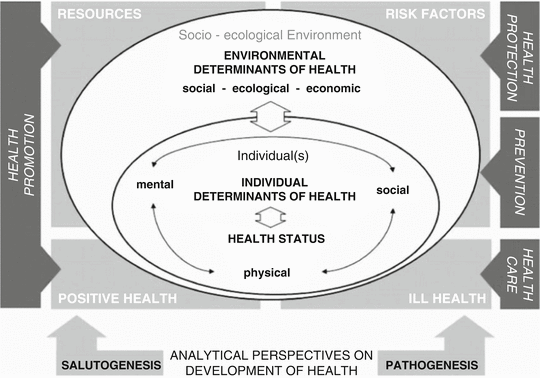